Alexander Emelianenko is one of the most controversial and exciting martial artists in the world. Being the multiple world and Russia champion, he became an ambassador of Bookmaker Leon now and on July 24 will face off with Magomed Ismailov. We present a dynamic and spectacular showdown, which will bring in the highest TV broadcast ratings, and the excitement around it is forming already.

Our partner will give away Emelianenko’s fight gloves to one of the participants of the web promotion, as well as many other prizes. We’re giving an excellent reason to visit Bookmaker Leon’s website and try your luck out! 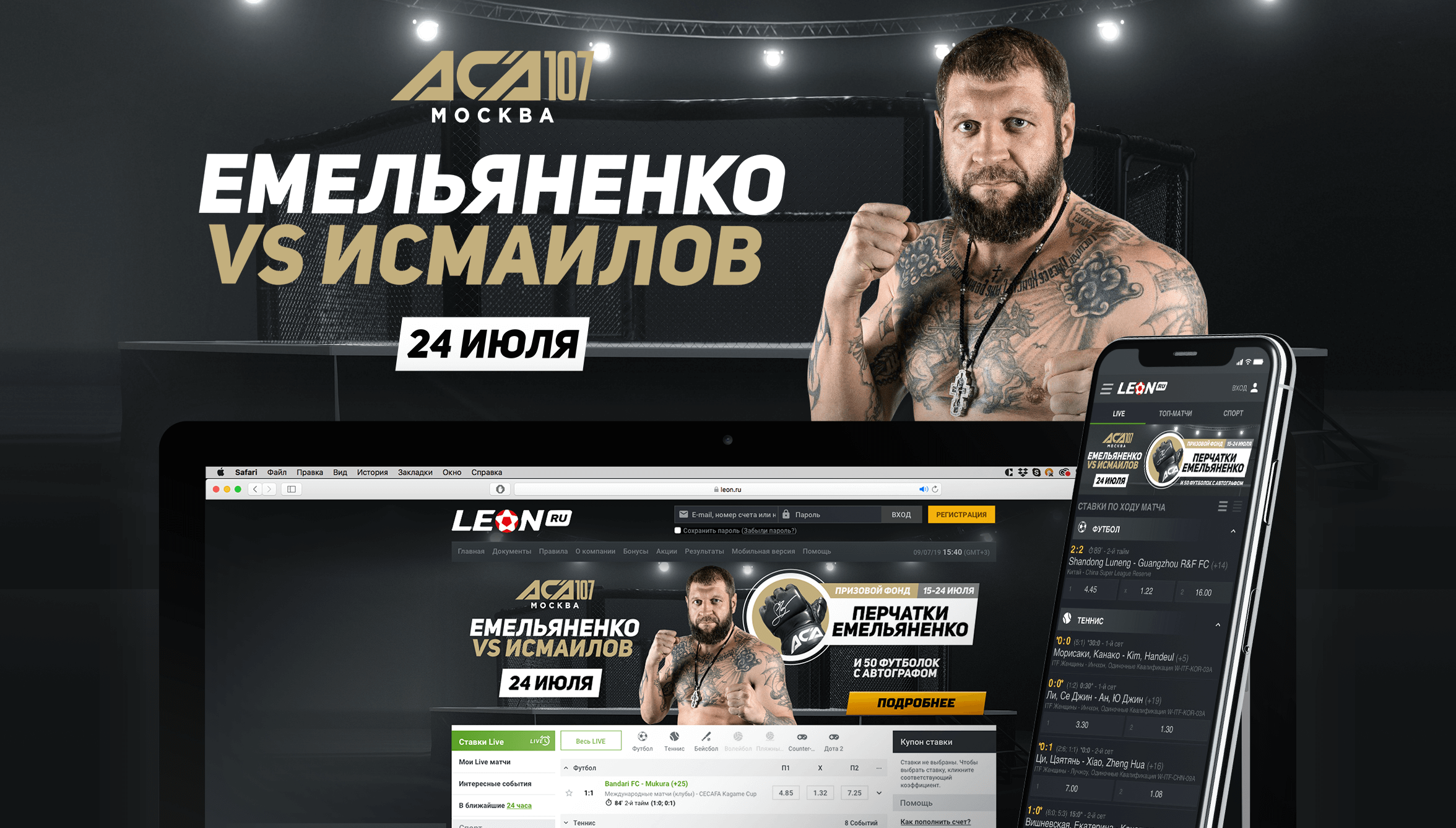 01.
Marketing
Negotiations with the athlete's team, coordination of promotions, contract initiation
02.
Hype
Alexander Emelianenko is one of the most talked-about athletes, and the fight with Ismailov is the main event of the summer
03.
Promotion
Every fan dreams of getting Emelianenko's fight gloves, and only Bookmaker Leon's client will win!

With each bet 1 ruble goes to fight COVID-19

Promotion on the website of Bookmaker Leon using the image of Timati “1 ruble with each bet goes to fight COVID...
More details 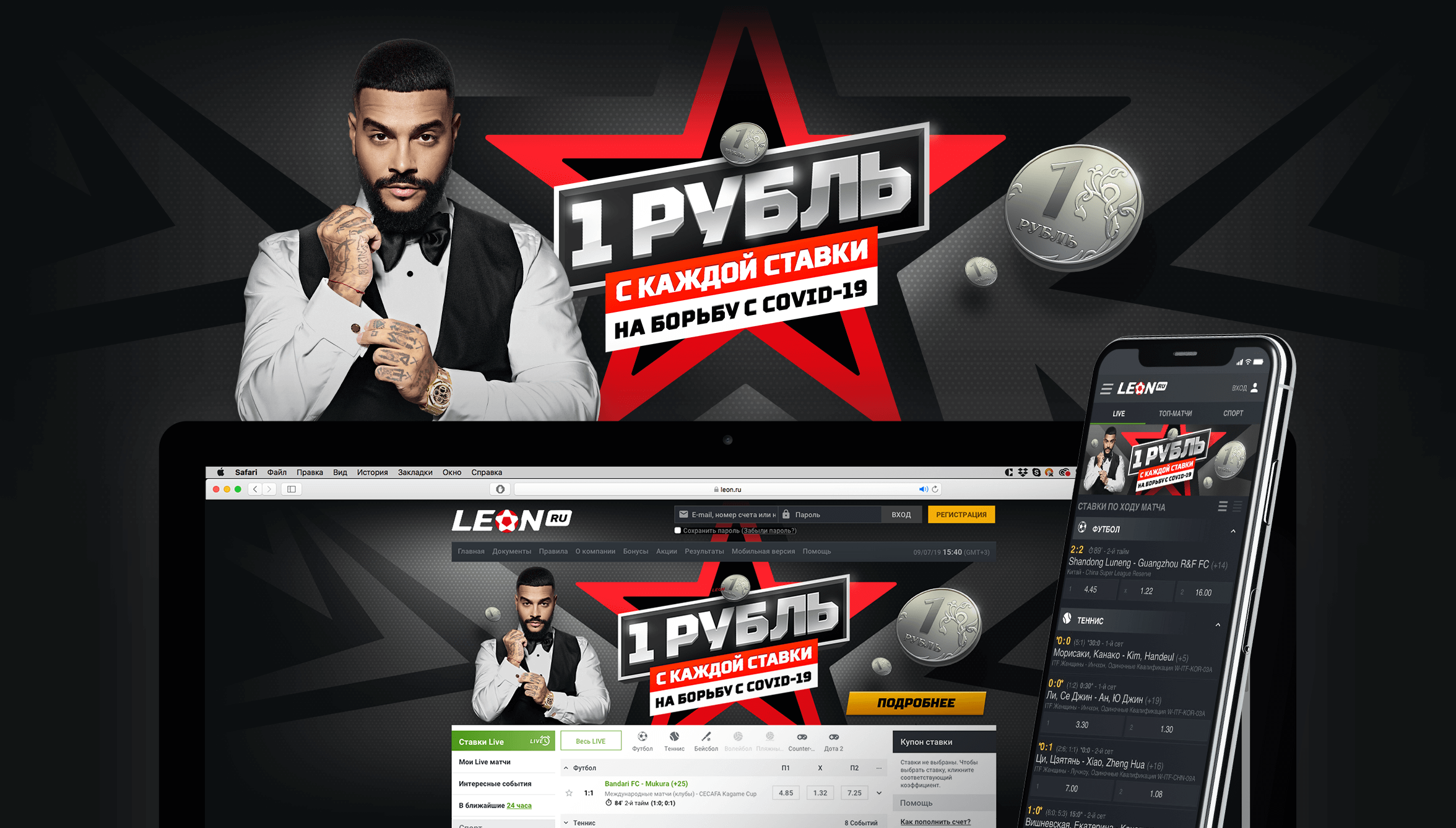